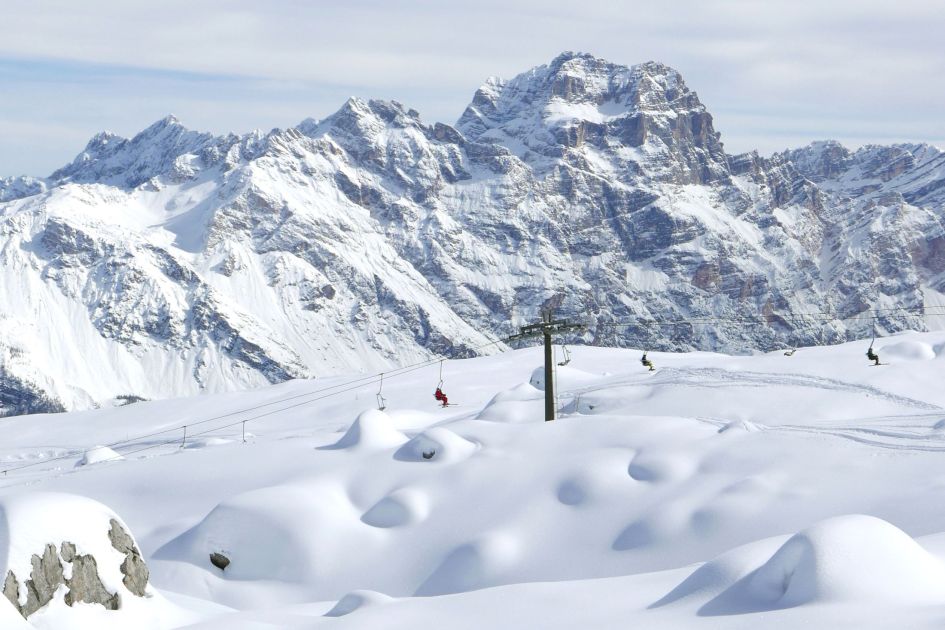 Back in the winter of 2017/2018, I found myself working in a hotel in Cortina ski resort. I would later go on to train as a ski instructor in subsequent ski seasons in Italy and Val d’Isere but it was this first season, living amongst the stunning landscape of the Dolomites, where I first begun my transition from a lazy holiday skier to seasoned expert. Between split shifts in the kitchen I would spend my afternoons exploring all the runs that skiing in Cortina provides and it is from this experience that this guide was constructed.

Skiing in Cortina couldn’t get any simpler with our instructor’s guide to 5 of the best ski runs in Cortina. Whether you’re looking for a challenge or simply to enjoy some fabulous skiing in the Dolomites, this guide has you covered. Here’s our ski instructor’s selection of the best pistes to seek out while on your luxury Cortina ski holiday. From slopes made famous in the Olympics and hidden gems, to the toughest skiing that Cortina has to offer, there’s an abundance of choice here and this is only the tip of the iceberg when it comes to skiing in Cortina. 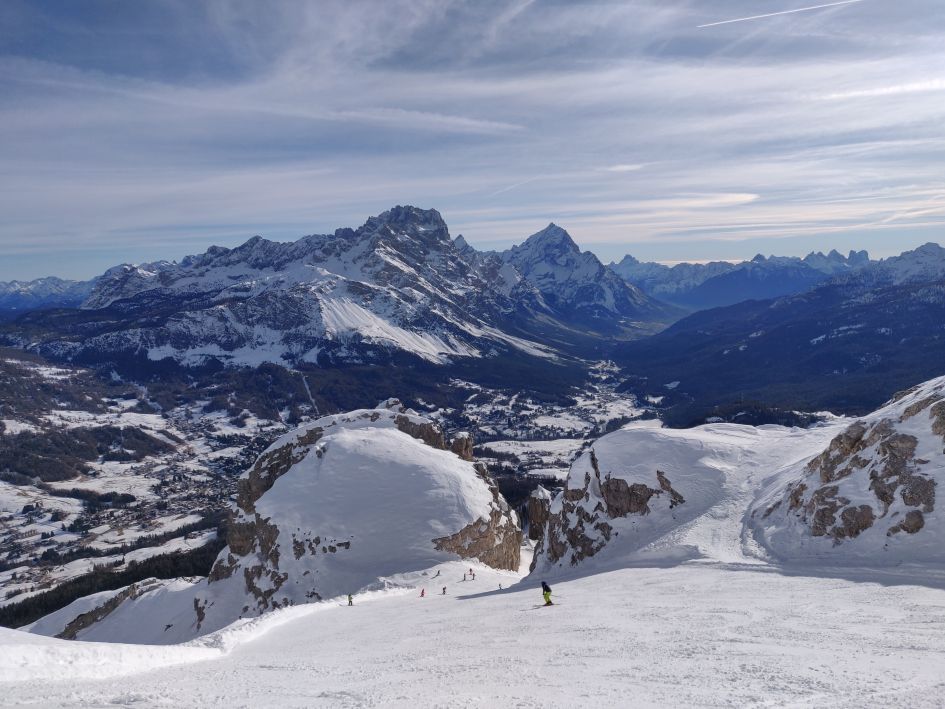 We’re starting off our list with one of the toughest challenges that skiing in Cortina has to offer. If you head up towards the Ra Valles area via the second Tofana cable car, as featured in the 2015 action movie Point Break, you really only have two options back down. You can head back down the cable car you travelled up in or you could head over to Black 51, the Forcella Rossa, the steepest ski run in Cortina d’Ampezzo. This piste is for experts only, with several steep and narrow pitches combining for over 2km of challenging skiing. Fantastic views of the entire Ampezzo valley can be enjoyed along the way down with the prize of ultimate bragging rights for anyone in your group who makes it down without falling over.

One of the best and most famous ski runs in Cortina, if not the whole of Italy, the Olympia Delle Tofane offers up challenge and enjoyment in equal measure. First making its debut at the 1956 Winter Olympics, this run has been a staple on the Women’s Ski World Cup since the 90s and will feature in the Milano-Cortina 2026 Winter Olympics. The top black section of the run is the hardest and features the iconic Schuss, the steepest section between two gigantic walls of rocky outcroppings and a necessity for any competent skier to tackle while on a luxury ski holiday in Cortina. This leads into a lengthy and wide red run of varying gradients, perfectly suitable for intermediate skiers. Caution should still be exercised here since when it’s not fenced off for the races this run intersects with many other pistes in Cortina. There are several mountain restaurants along the route offering high quality cuisine in typical Ampezzo fashion to stop at and grab a bite to eat, including Rifugio Pomedes at the top of the run and Rifugio Duca d’Aosta just after the Schuss. 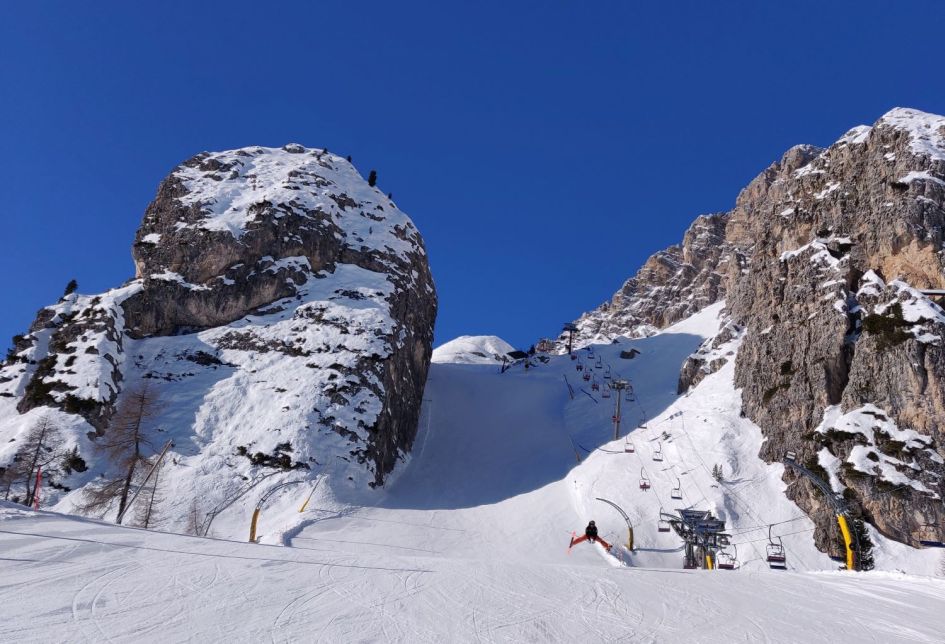 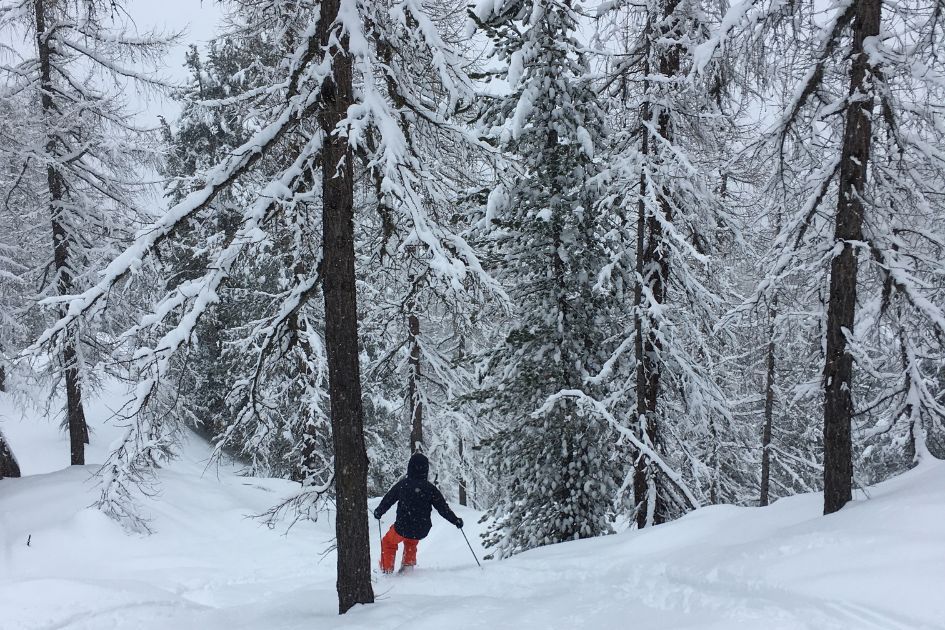 Not so much a single run as a single mountain, Monte Cristallo is the perfect place for those who want to advance themselves to the harder Faloria ski area of Cortina but aren’t quite yet ready to take on some of the more unforgiving black runs. Have your lunch at the Rifugio Son Forca while enjoying stunning panoramic views of the Cortina ski resort and the Ampezzo valley before diving into the runs of one of the quietest areas for skiing in Cortina. You’ll have the slopes to yourself in a mix of intersecting blues and reds down to the Rio Gere-Son Forca chairlift. For those looking for more of an exciting challenge this is a fantastic area to try a bit of powder skiing between the trees that separate these runs. A long red run takes you back down to the bottom with lifts back over to the main Faloria area or ski buses that take you back into Cortina.

Another run made famous during the 1956 Winter Olympics as the location of the Giant Slalom, the Vitelli is located in the Faloria ski area and fully deserving of its place as one of the best ski runs in Cortina. Not for the faint of heart, you will have to overcome nearly 1,200m of steep and narrow black pistes that will put to the test even the most experienced of skiers. Your reward for your endeavours will be some of the most picturesque skiing you will experience on your luxury holiday in Cortina. The lower section of the run, known as the Vitelli Bassa, is a gentle red track that takes you through snow-covered firs with the gorgeous backdrop of Monte Cristallo ahead. For those who might be a bit overwhelmed by the difficulty but don’t want to miss out on this stunning bit of skiing, you can also access this red portion of the run via the Pian de Ra Bigontina-Costa Faloria chairlift. 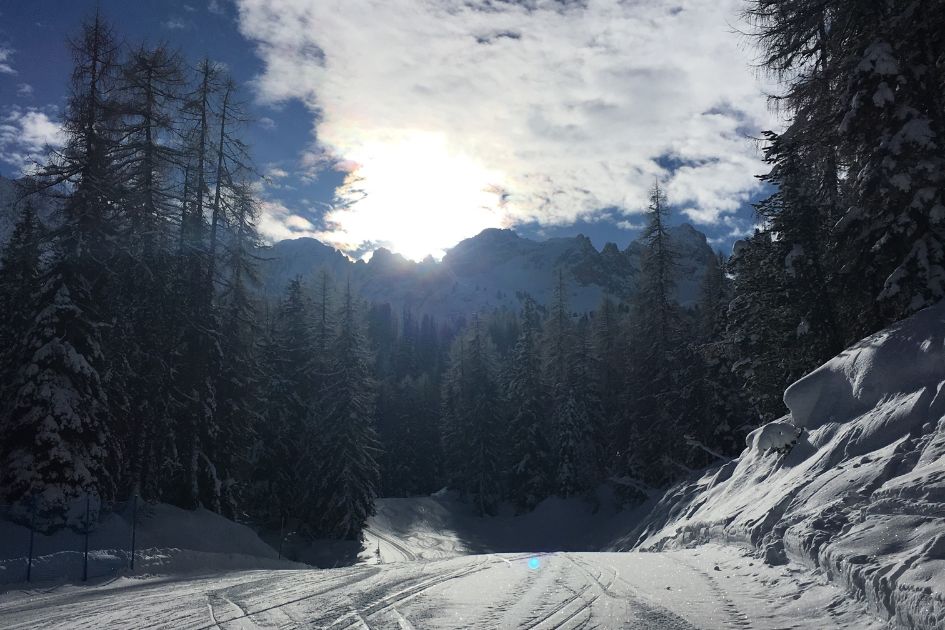 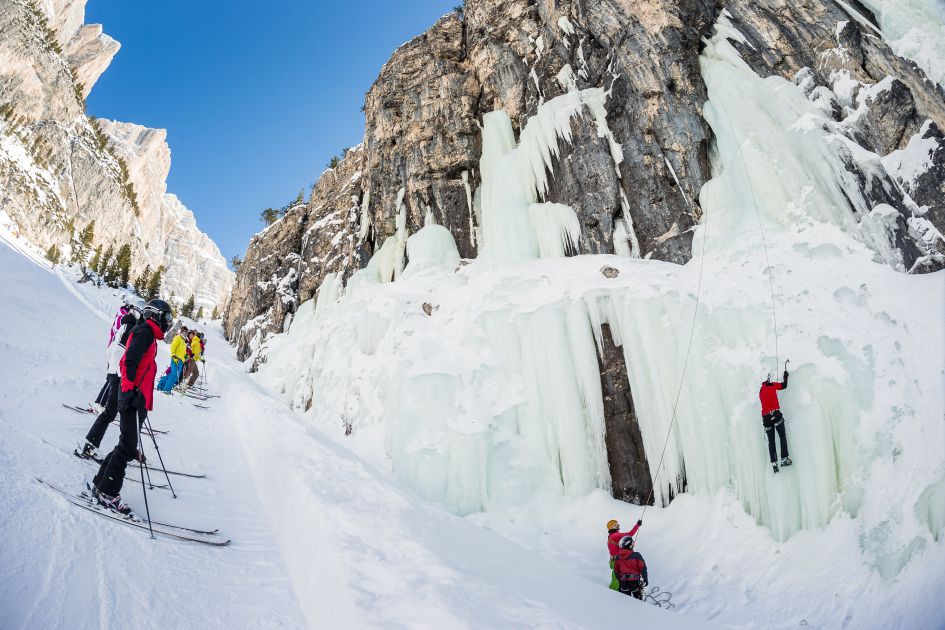 The Hidden Valley features on our list of the top ski runs in Cortina more for its uniqueness than for any great challenge it might provide. Starting at the top of Lagazuoi, skiers have a fork in the slope with the option to the right taking you back along the Super 8 Ski Tour and towards the main slopes of the Cortina ski resort. However, it’s the option to the left which is a skiing experience you won’t want to miss out on. The Armentarola, an easy red run that winds for 7km through the Hidden Valley, provides skiers with breathtaking up-close views of the sheer Dolomite cliff faces and frozen waterfalls. There is just the one restaurant on this long stretch, the Rifugio Scotoni, providing skiers a welcome break with a mixture of barbecue and traditional Tyrolean cuisine. Once at the bottom, experience the magical novelty of a rope drag by horse-drawn carriage, at the end of which you will have been transported to the Alta Badia ski area. Alternatively, a short taxi or bus journey will take you back to the luxury skiing in Cortina. 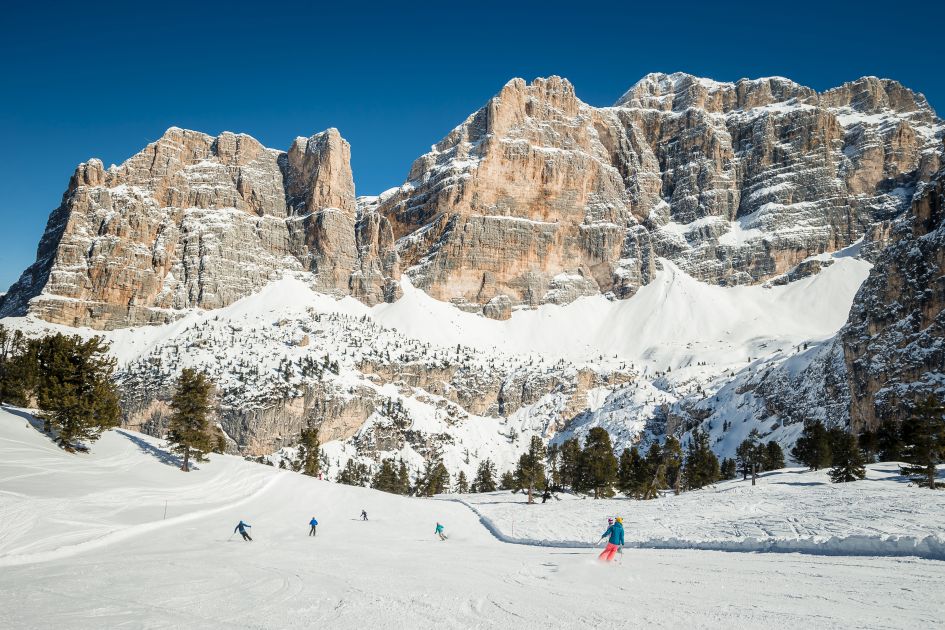 If any of these runs bring up some amazing memories, or if you’ve never skied them before but want to check them out, then why not look at a luxury ski holiday in Cortina. We have some fabulous high end chalets on offer right in the heart of the resort including LV | 01 Dolce Vita and LV | 02 Perla. Combine these two chalets to book as a large Cortina ski chalet sleeping 18 + 6. Bring your friends and family together to make memories lasting a lifetime, skiing in one of the world’s most famous ski resorts.

Whether you are inspired to ski these runs for the first time or revisit them, we are on hand to help you plan your luxury ski holiday in Cortina. Our selection of ultimate luxury chalets could be the perfect base for unwinding and recharging after a day skiing in Cortina. Contact our Ski Specialists by sending an email or giving us a call on +44 1202 203653.

Take a trip down the rabbit (or marmot) hole on a magical journey to a winter wonderland in 5 of our top luxury catered ski chalets, perfect for a Mad Hatter’s ski party. Each with unique facilities and style, we are sure you will be blown away by this selection of ultimate luxury chalets.

Blue Skies Lifestyle Ltd, established in 2005, is an online luxury ski holiday agent that specialises in finding clients the perfect luxury ski chalet in France, Switzerland, Austria and Italy. We feature an extensive portfolio of luxury chalet accommodation and luxury ski hotels that are ideal for group and family luxury ski holidays.